This summer, we’ve partnered with environmental conservation organization, World Wildlife Fund, to bring awareness to restoring the balance of sharks in our oceans and to share with our customers just how amazing these fascinating fish are. In support of all the work WWF does to protect sharks in the wild, our designers dreamed up the Shark Canopy, a playful shark friend that makes its home out of the water and over a twin-sized bed or in any playspace. To help in the conservation efforts, we’re giving 5% of the retail cost of each Shark Canopy to WWF, with a minimum donation of $100,000. Since we’re celebrating one of our favorite water animals, our friends at WWF shared with us three important myths about sharks and the truths behind each one that everyone on Earth should know. 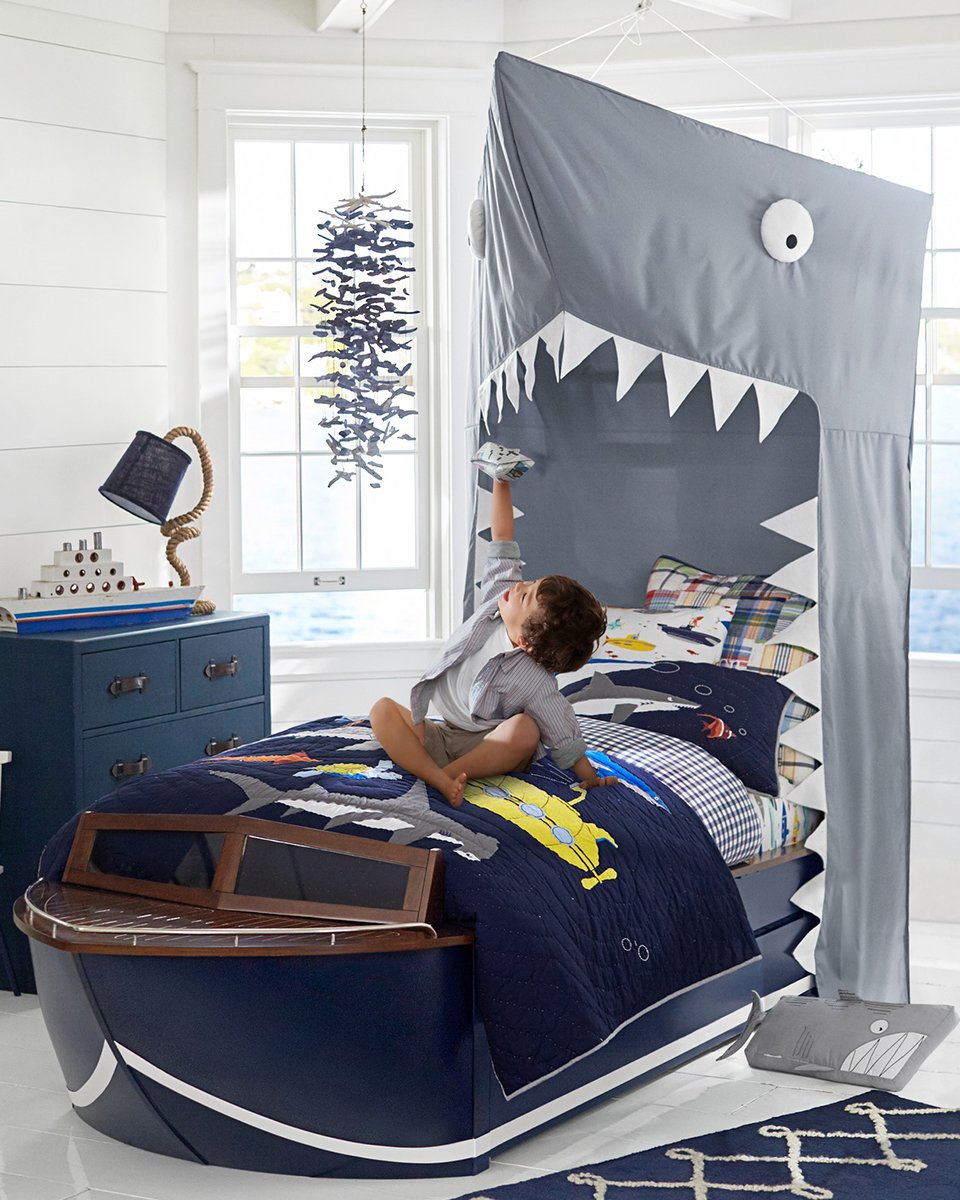 Listen up, humans, sharks are not swimming through the ocean patiently waiting for one of you to come along. Those sharks that are involved in incidents with humans were usually hunting for prey sized similarly to humans, like seals or dolphins. Plus, a majority of the sharks swimming in our seas just eat fish or invertebrates like squid or clams.

Myth #2: All sharks are big and fearsome

Fact: there are over 400 different species of sharks and they certainly are not all the huge creatures you might have seen on TV shows and movies. Some species of sharks are tiny, measuring just 8-inches long, while others don’t even use their teeth when feeding. Pretty different than most of the fictional accounts of sharks you’ve seen, right?

The reason shark attacks on people garner so much attention when they occur is because they are rare. According to the WWF, you’re more likely to be struck by lightning than attacked by a shark. Around 73 million sharks are killed by humans every year around the world, while about 12 people die annually from shark encounters across all the Earth’s bodies of water.

Did you know the truth behind these common shark myths? Want even more shark fun? Check out the rest of the Pottery Barn Kids shark collection here!

We teamed up with @haveanicedayy_ to bring a coloring activity into the home for the whole family!

Fun in the Sun Backyard Party

Temperatures are rising, the kids are out of school and it is time for a summer of fun!

Love your mother, earth that is. Today marks an important day to appreciate and consider the beautiful planet we live on.

Every bunny loves a good party, so why not celebrate Easter with friends and family this year?